The final act of her life can only be described as a tragedy, but when Amy Winehouse died, people started to talk about the quality of her music again. Winehouse had once held huge promise. She had everything that she needed: she looked good, she could write excellent pop songs within five minutes, she had an independent view on how a woman should present herself in the music industry and she won all the important awards that she could win.

Photographers loved to work with Winehouse and looking back on her life, which was far too short, there are many beautiful images that are shining proof of this. But she did not love herself enough. Looking back, we see a change in her appearance between the release of her debut album Frank (2004) and that of Back To Black (2006). She had lost weight, her body was covered in tattoos, she wore a beehive on her head and she walked in heels that were so high that with every step she took you thought she would crash. 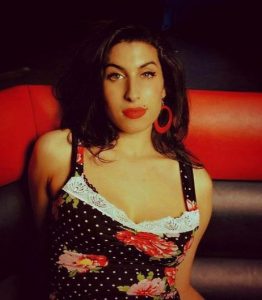 Winehouse’s unpolished image had a dangerous appeal. She presented herself as the street flower of the night, blossoming in the darkness. She was like a nocturnal animal that was caught in the spotlights. Amy Winehouse was looking for true love, but eventually she chose for herself. Nobody got her under their thumb. Nobody determined her life. In her most notorious hit, the words “No, no, no,” were the heart of her message.

Her autobiographical lyrics were as frank as controversial. In the language of the street she described her life and her loves. Her songs were her diaries. Amy Winehouse’s music was real art, not a polished version of it.

For feminists, Amy Winehouse was a hard nut to crack. She was a tough cookie, she didn’t mince her words, but she refused to judge men negatively. When asked what her greatest wish was, she answered: “Having sex with Sting.” 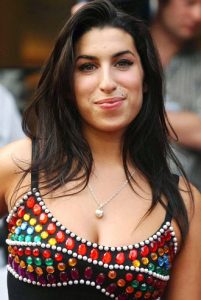 The paradox was that as Winehouse became successful, she began to doubt herself even more. “I’m insecure about what I look like,” she said, “I’m a musician, not a model. And the more insecure I feel, the more I drink.” That uncertainty had to do with the increasing criticism she received from the press. Winehouse was harassed about her way of life because she was a woman.

Amy Winehouse was a musical genius. When her presentation faltered, her voice was still powerful, her tone was fine and her timing was perfect. The legendary jazz crooner Tony Bennett, who worked with many great singers in his long career, was one of the last to record music with Amy Winehouse. “She was one of the greatest talents on Earth,” said the man who recorded ‘Body & Soul’ with her.

Back To Black Live: