Max Richter captures the spirit of the times in his music

Max Richter, born in Germany and living in the United Kingdom, writes music for film, theatre and concert hall. The composer really captures the spirit of the times in his music. he noticed that people use well-known classical music fragments as ringtones, he decided to compose his own ringtones. For his project Sleep, Richter’s audience was allowed to listen from  their beds, where they could fall asleep in a comfortable way while enjoying the music. Richter’s latest project is his answer to the images he saw from Guantanamo Bay and other violations of human rights. Richter asked his followers worldwide to read the Universal Declaration of Human Rights in as many languages as possible. Among the sound files that people sent him he added music that expresses hope and consolation. Voices is performed by 12 double basses, 24 cellos plus deep electronic soundscapes for the low keys and a wordless singing soprano plus a violin for the higher notes. In the middle register Richter plays the piano and we can hear a heavenly singing choir. Richter’s minimalistic sounds can be located somewhere between classical music and pop. The second CD contains the instrumental versions only. I spoke to the composer by Zoom.

Do you always have a message in your music?

In a way yes. There are already enough records and books, pieces of music and paintings in the world. So if I am going to add anything to that number it’d better something important to me. There is always an activist dimension in my work.

Do you have the listener on your mind when you compose?

One of the things that makes all artists do what they do is: there is a piece of music that I want to hear, that no one else has written yet and I try to write that piece of music. That’s the first thing. The second thing is that I try to initiate a conversation with the listener.

How would you describe yourself as a composer?

People ask me whether I am a German composer or a British composer quite often. To me that’s a very nineteenth century question. I am a European composer. I fundamentally believe in the European project. It’s the outcome of a tremendous trauma. The liberal consents is one of the great achievements of humanity. We had a continent that was in a constant state of war for thousand years. And then suddenly not. That is an extraordinary achievement! It’s valuable but of course imperfect. At least it’s moving in the right direction.

How do you write music for a film?

Film making is an interesting process. It’s a hybrid between a creative process and an industrial process. It’s fundamentally collaborative and conversational. Which I enjoy. It’s a real team effort. And the music is a part of larger partnership. I enjoy the collective problem solving, the puzzle and discovering how music can bring things to the narrative that other media can’t.

You have composed a long list of music. In a way you are an inventor of new ideas rather than a composer only.

For me the composing process also includes the medium itself. Mahler said: ‘Composing is inventing a world.’ The symphony should be the universe. I think about how to communicate the notes on a page. What is the setting? What should the language be? What should the presentation be? Those are the questions I am interested in. The traditional concert hall setting has all sorts of rituals build into it. There must be better ways.

When did you start thinking that classical music was heading into a dead-end street?

This really goes back to my student days. When I finished university and conservatoire. I found really that there was an orthodoxy. The kind of music I was supposed to write. Which was a sort of high modernist / post modern super complex music. I felt that I wanted music to be fundamentally communicative, as something that was not just for other composers. Which I often felt in those concerts. You look around and you basically recognize everyone in the audience.

What kind of people come to your concerts?

It’s an audience in their twenties. Normally the audience at classical concerts is 40 up, maybe 50, 60 even. I realized: this is not what I want to be doing. I am going to simplify my language and return to an earlier style of composition, something broadly from the renaissance and baroque actually. I write basically tonal and I allow repetition, I took that from the minimalists I guess . I see if I can make a story telling by using language that speaks plainly and directly.

How did you find a balance in Sleep between keeping the listener interested and bore him enough to fall asleep?

Sleep is a creative work, which is a place to rest. It is an art work, so it’s not a sleeping pill. It is a work to be encountered. I think of Sleep as an exploration into the difference between listening and hearing. Sleep asks a lot of questions about the relationship with music and our relationship with sound.

How does the new Sleep app work?

The app allows an additional layer of personalisation. The listener can decide how long he would like the music to play. Rather than just being a recording of the music to cut off would be a disaster. The algorhythms within the app are linked to the architectional structure, which makes musical sense. So it’s very sophisticated and beautiful invisible. I am interested in technology that allows more democratic conversation between me and the listeners.

Can you tell me more about your Beethoven project?

This was a commission from Bonn, Beethoven’s hometown. I am writing an orchestral work for the 250th anniversary for them.

When will it be performed?

Nobody knows anything at the moment. 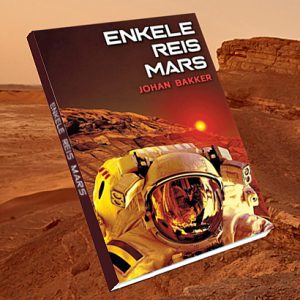 Tweets by Jonah Berger
We use cookies on our website to give you the most relevant experience by remembering your preferences and repeat visits. By clicking “Accept”, you consent to the use of ALL the cookies.
.
Cookie SettingsAccept
Manage consent

This website uses cookies to improve your experience while you navigate through the website. Out of these, the cookies that are categorized as necessary are stored on your browser as they are essential for the working of basic functionalities of the website. We also use third-party cookies that help us analyze and understand how you use this website. These cookies will be stored in your browser only with your consent. You also have the option to opt-out of these cookies. But opting out of some of these cookies may affect your browsing experience.
OPSLAAN & ACCEPTEREN